Ajiwau. To taste is to discover 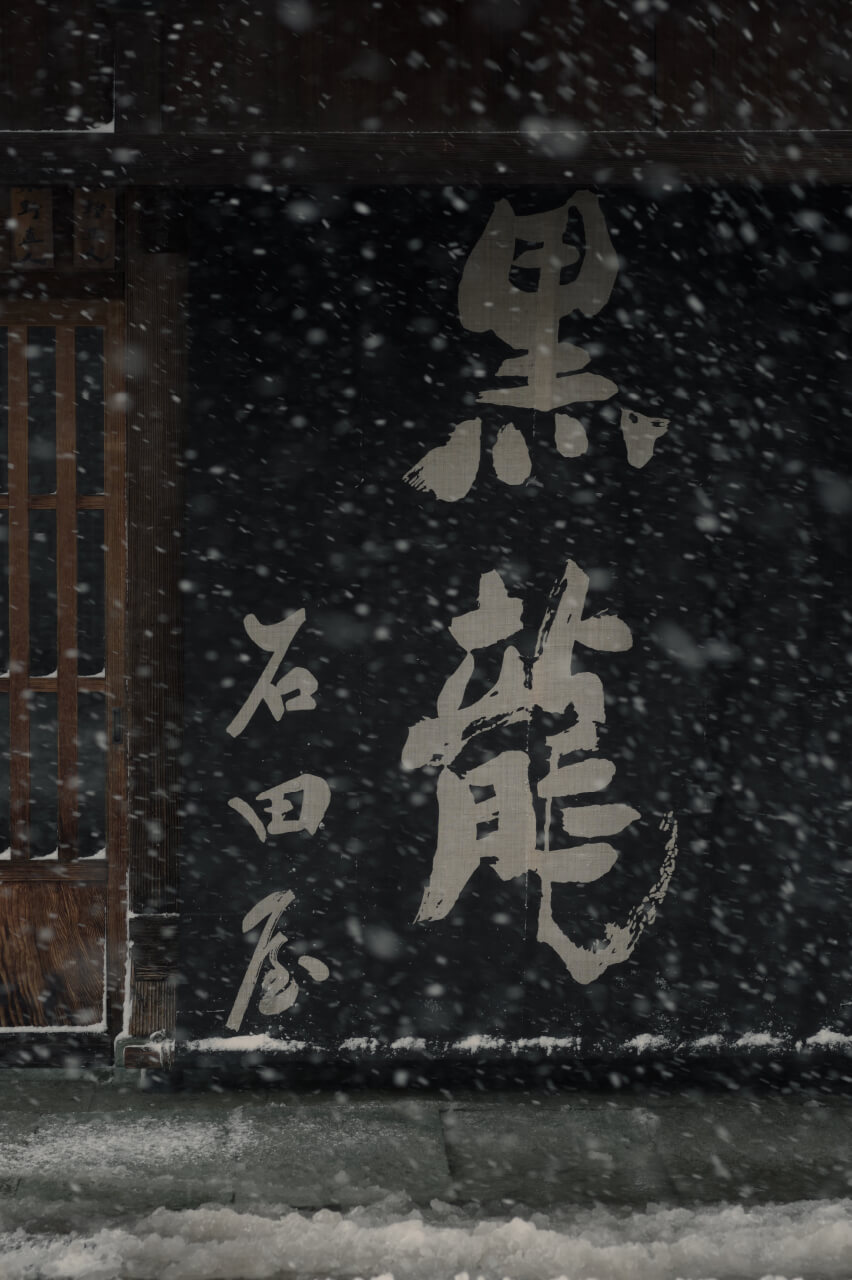 It's more than 200 years since Nizaemon Ishidaya founded a sake brewery in Fukui's Matsuoka region, not far from the Sea of Japan. Beneath these ancient mountains, Ishidaya knew, lay groundwater that would produce subtle and delicious sake.

The year was 1804. Ishidaya had one aim: to handcraft only the highest-caliber sakes. His descendants would hew fiercely to his standards, and as the centuries claimed 15 of Matsuoka's 17 sake breweries, Ishidaya's family would rename theirs Kokuryu, or Black Dragon—and bring a new dimension to the sake world.

Several decades ago Kokuryu's seventh-generation master had an epiphany: Fine wine, like sake, was born of delicate fermentation. Could sake also benefit from careful aging?

Masato Mizuno's vision spurred him to the vineyards of France and Germany. Armed with his new knowledge, he returned to Fukui and started with small batches, experimenting carefully, learning and refining with each step.

Ryu revolutionized modern sake-making. It refuted the notion that daiginjo sakes weren't commercially viable and could only be enjoyed by a few. Its price was higher, but so was the enjoyment it brought, and Ryu was embraced by sake lovers all over Japan.

In olden times farmers and craftsmen could taste sake only at village festivals. But today Ryu brings the tradition of fine sake to aficionados around the world. And it hews faithfully to the exacting standards of Nizaemon Ishidaya.