The care of moromi 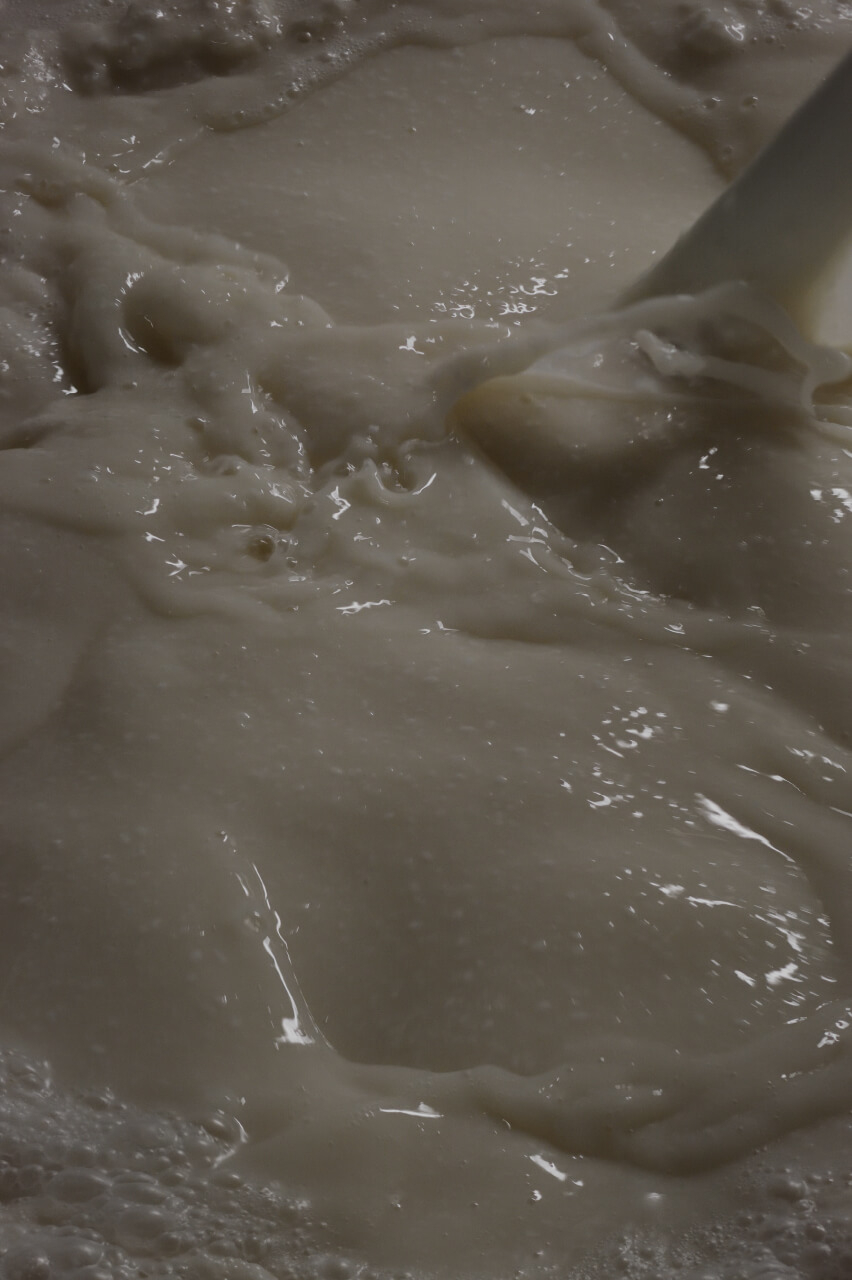 Brewery workers lean into large tanks with long paddles, stirring the fermenting mash. It's a scene reminiscent of oarsmen rowing a boat in a drunken sea, this step in making moromi. Steamed rice, koji and water are added to the shubo, or yeast starter, in three consecutive steps called “soe,” “naka” and “tome” to make this mash. Inside the moromi tank, the yeast continues fermenting for 20 to 35 days to create alcohol. When the moromi mash is filtered, the source of Kokuryu and Kuzuryu sake comes into being.

Controlling the temperature is the most critical step during fermentation. Ginjo sake's leading characteristic is its fruity aroma, which comes from keeping the moromi at a low temperature. This delicate process starts with the shubo, the mother of moromi. When the yeast is cultivated under lower than optimal temperatures it needs to survive, the brewery fills with a fragrance so fruity that it's hard to imagine it came from only rice and water.

Brewery workers will visit the tank room three or four times a day to check the temperature of the moromi and make sure fermentation is proceeding normally. They'll check from early in the morning to late at night. If they see the slightest sign that the temperature is varying because of the climate or the actions of the yeast, they'll bring it back to the desired range by adjusting the volume of cold water running over a mat wrapped around the tank. It's as if the word “cherish” were created for this job.

Making daiginjo sakes means controlling temperatures to within 0.1 degree, a wearying, day-and-night task. Brewery workers must take care of not only the moromi, but also the shubo. If the shubo tank starts to get cold, they'll wrap thermal mats around it and warm it with light bulbs. If fermentation is progressing too quickly, they'll wrap ice around the tank to inhibit the action of the yeast.

Relating as it does to climate and microbes, the elaborate, painstaking work of managing moromi is one of partnership with invisible natural entities.