The most unforgiving step 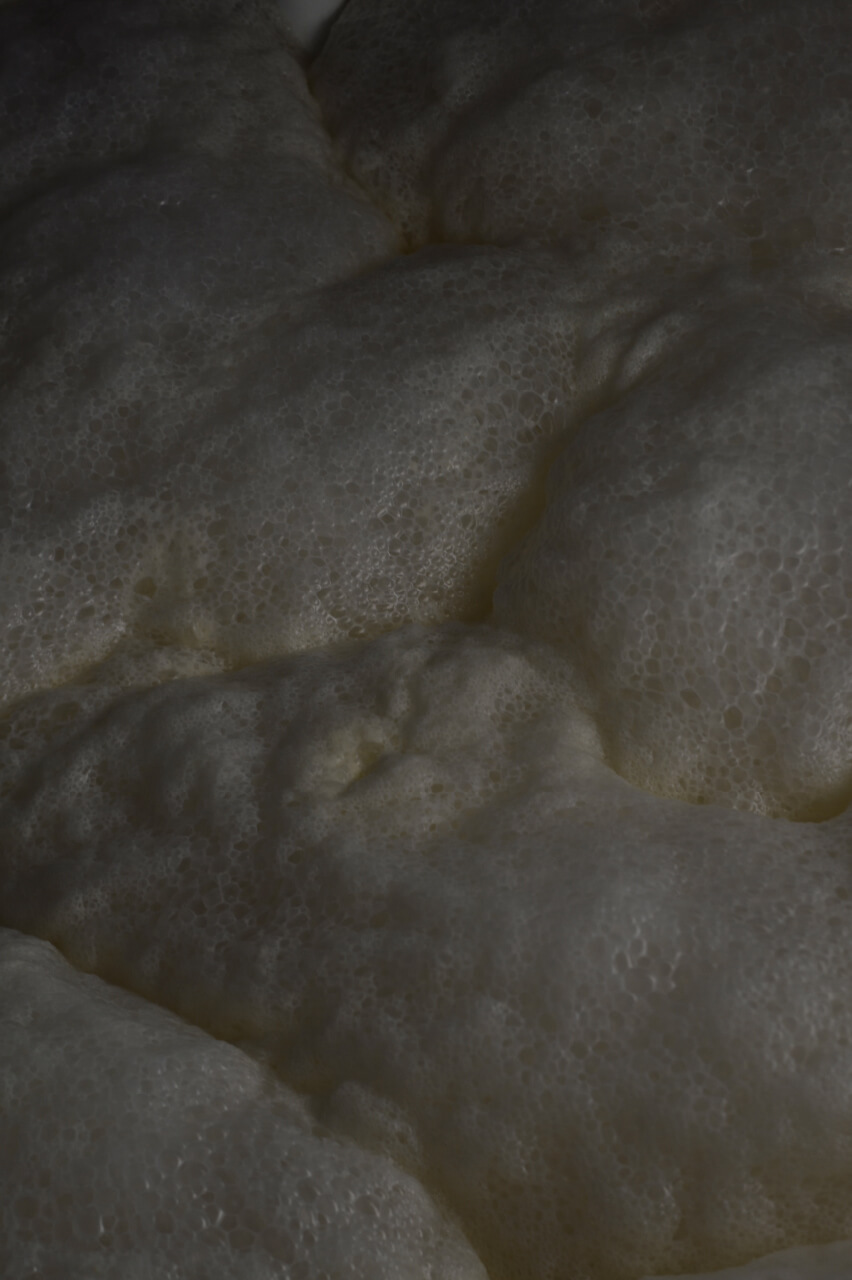 When the koji has been made, we make the shubo, or yeast starter. This is done by mixing the finished koji with steamed rice, water and a concentration of pure yeast cells. The written characters for shubo literally mean “mother of sake,” which is what shubo really is.

Yeast is the key player in the alcoholic fermentation of sake. Measuring only 5 micrometers, this microscopic single-cell fungus is capable of producing alcohol from water and rice. More accurately, the enzymes from the koji mold convert the rice starch into sugar, and then the yeast changes the sugar into alcohol. These processes occur simultaneously in a small shubo tank. For brewers, you can see how important the yeast is.

Yeast not only creates alcohol, it also has a profound effect on the fruity aromas and balanced flavors that characterize the final ginjo sake. For a brewery, finding exceptional yeasts that match its desired flavor profiles is critical.

Kokuryu possesses around 30 different kinds of proprietary yeasts kept frozen at -85ºC (-121ºF). Appropriate yeasts for Kokuryu and Kuzuryu sakes are selected from this archive and cultured. Through these yeasts, we pursue the distinctive characteristics of Kokuryu and Kuzuryu.

Culturing yeast takes extreme care. The operation is so delicate that the slightest mistake could result in spoiled sake. First, the yeast strain is inoculated under aseptic conditions, a step that is tested first through a preculture. It is then cultured in a round-bottomed flask, and after the yeast have multiplied to a certain level, the culture is added with great care into the shubo tank containing koji, steamed rice and water. There, the number of yeast cells will reach 300 million per cubic centimeter over the next two weeks.

“Growing pure and healthy yeast without error.” It seems simple, but hiding behind these words is the most complicated and unforgiving step of brewing sake.